"A powerhouse and go-to firm for big players in need of representation. Comprehensive. Unbeatable. Exceptionally good."
The Legal 500

/ About Us / Lawyers / Amrik Bilkhu

Amrik uses his experience and expertise to represent clients in a variety of legal fields.

He is highly regarded for his work on serious crime, money laundering and POCA-related cases as well as his pedigree in defending against allegations of tax, investment and pharmaceutical fraud and other types of high-value business crime.

Amrik has extensive knowledge of how to deal with organisations such as the SFO, CPS, the Economic Crime Unit and other prosecuting and regulatory agencies. His workload involves regular negotiation with such bodies on major cases involving issues such as MTIC fraud, investment fraud and procurement fraud in a variety of organisations.

He has worked on some of the UK’s most notable cases involving bribery and corruption, national security, fraud, POCA, trafficking, homicide and other serious offences. These cases have seen him representing and challenging individuals, companies, government departments, religious organisations and trade and professional bodies.

Amrik, who is based at the Rahman Ravelli Midlands office, is proficient in organising defence teams in cases that involve a number of countries or more than one investigating agency. His careful, diligent approach has proved invaluable when defending clients and conducting complex negotiations. 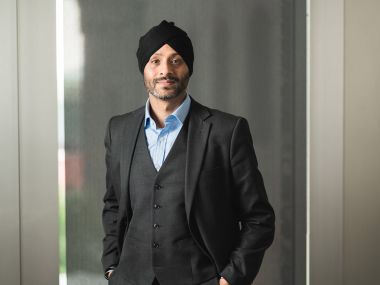 Amrik is known for his serious crime, money laundering and POCA-related work and his achievements representing clients facing allegations of tax, investment and procurement fraud and other types of high-value business crime.