"A powerhouse and go-to firm for big players in need of representation. Comprehensive. Unbeatable. Exceptionally good."
The Legal 500

/ About Us / Lawyers / Salomé Lemasson

Salomé Lemasson provides practical legal solutions to help clients navigate complex, cross-border litigations, government investigations and internal regulatory reviews.  She is an accomplished defence lawyer who has worked on some of Europe’s most challenging and significant white collar crime cases and investigations.

Admitted to practise in France and Germany, she has extensive cross-border experience from her previous work at two major US law firms in Paris and Berlin.  Continuing to split her time between these cities, Salomé is the leader of Rahman Ravelli’s EU Business Crime and Regulatory practice group.

Salomé is a highly versatile lawyer who has deep substantive knowledge of various countries’ legal systems and regulatory regimes.  Her practice focuses on representing companies and individuals in high-stakes matters involving fraud, foreign bribery and money laundering. She is an acknowledged international expert and conducts internal investigations for major corporates and advises them on anti-corruption compliance.  Her experience in contentious matters also allows her to provide insightful compliance and regulatory advice to international businesses.

She has expertise defending clients in investigations brought by multilateral development banks (MDBs).  Her past work in this area includes representing large industrial conglomerates targeted by parallel World Bank and African Development Bank investigations into alleged fraud and corruption related to infrastructure projects in West Africa, South East Asia and the Indian Ocean. She has conducted negotiations with the European Investment Bank over allegations of corruption in West Africa and is adept at concluding settlements with MDBs for corporates.

As someone with extensive deferred prosecution agreement experience, her track record includes helping Google secure a €500 million DPA with the French Financial Prosecutor in relation to tax fraud allegations; one of the relatively few such resolutions concluded within France.  In addition, she played a senior role in internal investigations conducted on behalf of several major motor vehicle manufacturers’ emissions practices and disclosure policies.  More recently, she managed internal investigations into leading pharmaceutical companies with respect to their COVID-19 vaccine manufacturing process, along with a comprehensive integrity review of their distributors.

She writes extensively on European legal matters and has had her work published in several well-known international legal guides.  Born in France, she is fluent in French and English, and highly proficient in Spanish and German.

Rahman Ravelli’s Salomé Lemasson is taking up a role within the International Bar Association (IBA).

In the past decade, Luxembourg has reported just two cases of suspected European Union (EU) fraud.

Rahman Ravelli’s Salomé Lemasson was auditioned by the French Senate to discuss the thorny issue of dividend arbitrage stock trading strategies such as CumEx and CumCum and ons.

Cum-Ex/Cum-Cum practices: towards a penalization of dividend arbitrage strategies?

Salomé Lemasson is to host a webinar that will provide advice on how to respond to a dawn raid.

Salomé Lemasson will be part of an international panel that will analyse and discuss all aspects of multilateral development banks (MDBs) in a Guidepost Solutions-hosted webinar. 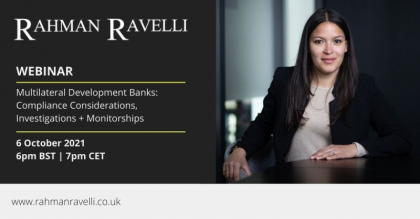 This webinar will explain briefly the history and scope of what led to this scandal, and explain the risks of enhanced US enforcement efforts. 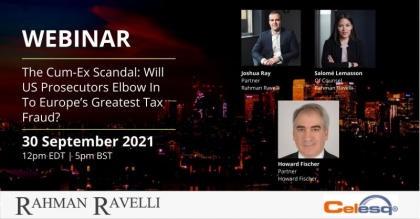 Lundin Oil: Corporates also can be accomplices to war crimes

Salomé Lemasson of financial crime specialists Rahman Ravelli assesses the significance of the indictment of Sweden’s Lundin Oil for war crimes following its activities in Sudan.

Lafarge, Aldi, Uniqlo: Business and Human Rights Litigation Is Picking Up Throughout Europe

Cannabis: France cannot restrict the import and sale of CBD products legally produced in the EU

Salomé Lemasson of Rahman Ravelli assesses the bank’s indictment and its options under French law. 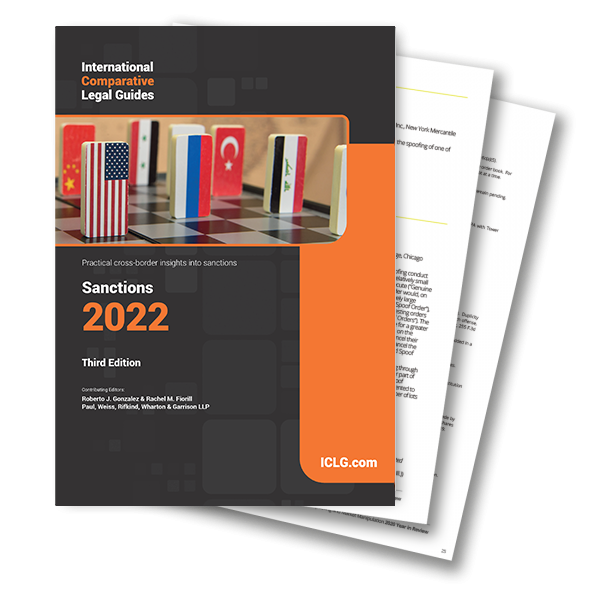 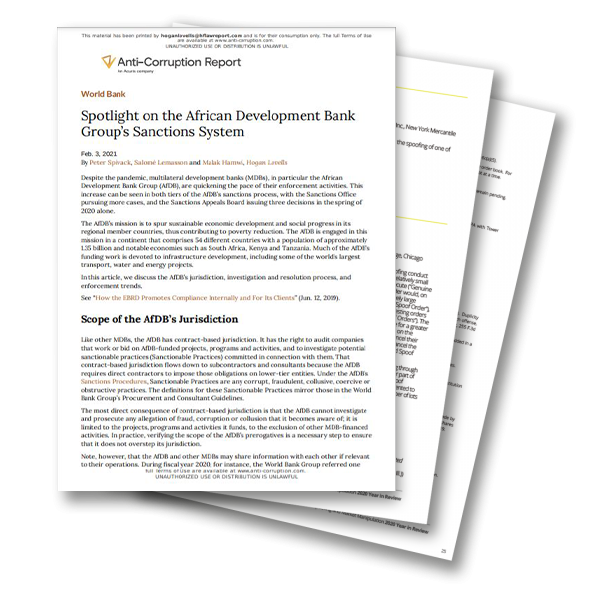 Salomé Lemasson assessing French and German approaches to corporate criminal liability has been published by France’s La Revue des Juristes de Sciences Po. The article by Salomé examines the most notable aspects of the German bill. It compares the system that is being proposed for Germany with the approach taken by countries such as France. 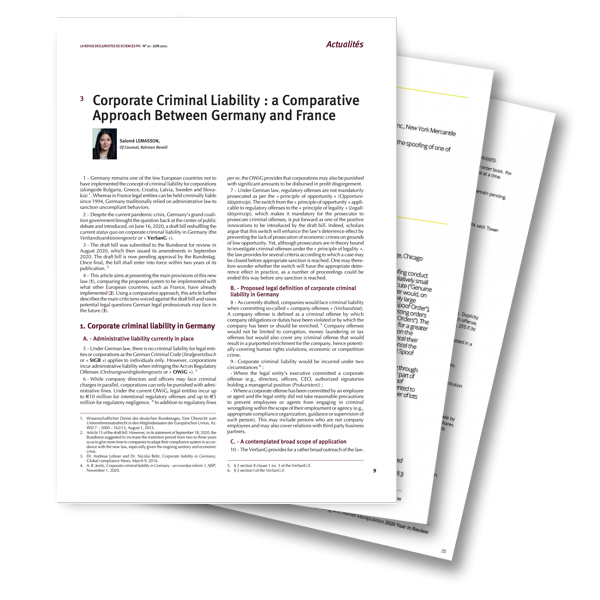 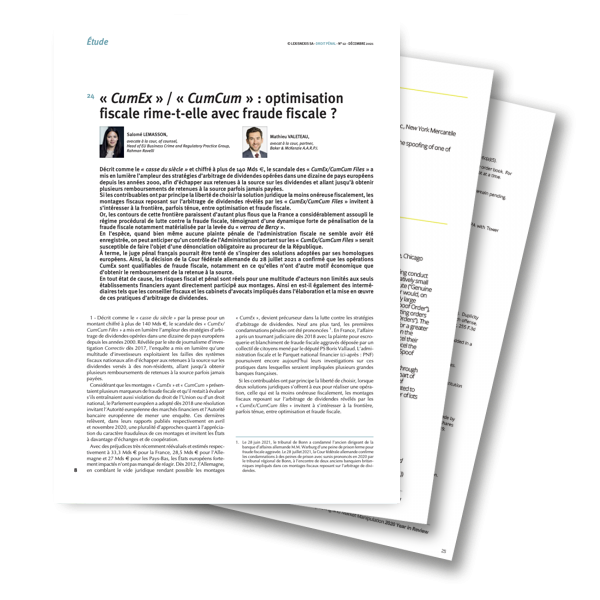 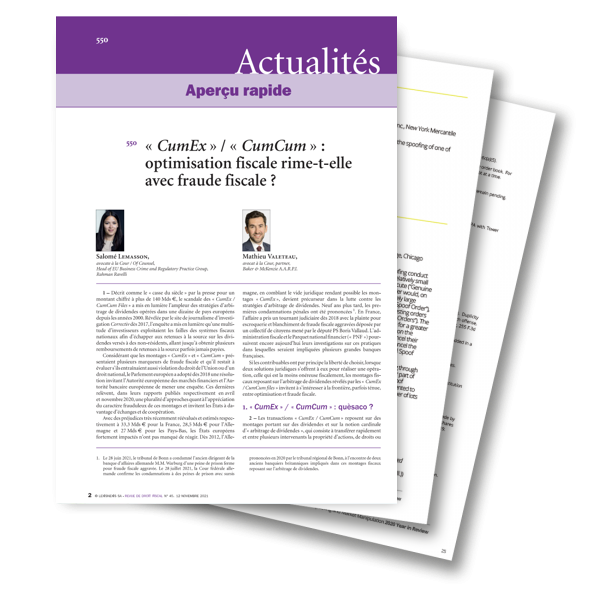 Salomé Lemasson wrote an article that examines current French thinking regarding the criminalisation of dividend arbitrage strategies that was published by France’s Dalloz Actualité. 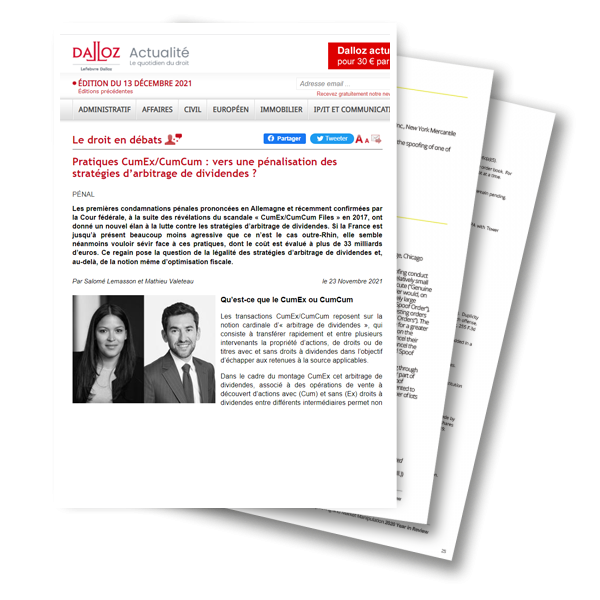 Salomé Lemasson co-authored a detailed analysis on sanctions incurred before French criminal courts on counts of money laundering, with a focus on laundering of tax fraud proceeds 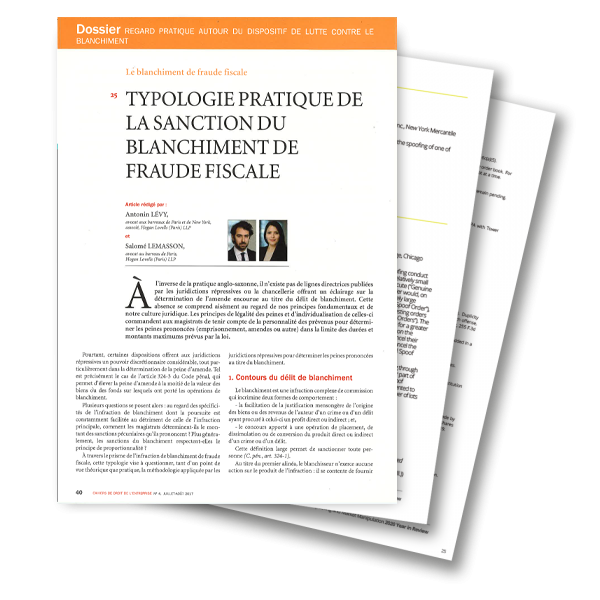 Salomé Lemasson was co-author of a chapter in the 2016 International Comparative Legal Guide on Business Crime. The chapter analysed the investigation of business crime in France, examining law enforcement, notable statutes and issues such as corporate criminal liability, the burden of prof. and the statute of limitations. 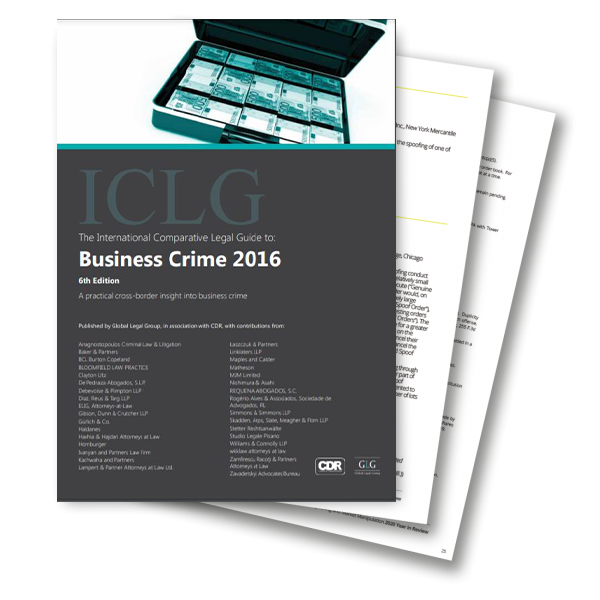