"A huge wealth of experience and talent"
The Chambers UK Guide

/ About Us / Lawyers / Zulfi Meerza

Zulfi has in-depth expertise when it comes to all aspects of corporate crime investigations.

He represents corporates, board members, senior business figures and high net worth individuals. His clients rely on the extensive experience he has gained as both a defence lawyer and a financial crime prosecutor.

Zulfi spent five years as a criminal defence practitioner before then working for six years as a senior investigative lawyer at the UK’s Serious Fraud Office. At the SFO, he worked on some of the most notable and highly-publicised investigations and prosecutions; many of which involved some of the world’s best-known corporates and financial institutions. The cases ranged from banks seeking international financing and alleged multinational corruption by companies, through to fraud and money laundering on a global scale and the collapse of financial investment funds.

Zulfi is known for his ability to manage major cases where Mutual Legal Assistance (MLA) arrangements are relied on to secure information from another country. His SFO work on cases involving search warrants, production orders, section 2 notices and letters of request, and his first-hand knowledge of the Deferred Prosecution Agreement procedure make him an asset for clients in the most involved investigations.

As a member of Rahman Ravelli’s corporate crime practice group, Zulfi is recognised as an exceptional white-collar crime lawyer and an obvious person to defend clients in multi-jurisdictional, high-profile and complex investigations. He is someone who can manage each and every aspect of such cases, as he has a thorough understanding of complex economic crime investigations, serious regulatory matters and a wide range of industrial and professional sectors.

His management of civil and regulatory proceedings that can run alongside a criminal investigation has shown his ability to devise and coordinate the most appropriate strategy for any situation a client may face. The ease with which he deals with agencies such as HM Revenue and Customs (HMRC), the National Crime Agency (NCA), the City of London Police, the Financial Conduct Authority (FCA) and international organisations means he can tackle each and every issue that may arise in an investigation.

He is known for his intelligent management of complex commercial litigation relating to corporate misconduct, having had significant involvement in such cases.

Zulfi is also a member of Rahman Ravelli’s sanctions team. He uses his in-depth knowledge of the UK regime on some of the most notable sanctions cases. 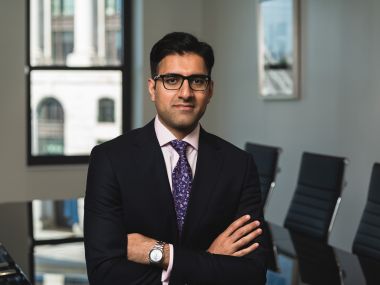