Market Manipulation in the UK

Anti-manipulation regulations in the U.K. stem mainly from the E.U.’s Market Abuse Regulation (MAR) No 596/2014, which came into effect in 2016 while the U.K. was still an E.U. member (and therefore continues to has direct application in Britain). MAR was incorporated into U.K. domestic law through amendments made to the Financial Services and Markets Act 2000 (FSMA) and the Financial Services Act 2012 (FSA), and is therefore unaffected by Brexit. Market manipulation can also be targeted with the Fraud Act 2006 (FA) and the Regulation on Wholesale Energy Market Integrity and Transparency (REMIT).

The regulators with primary responsibility over enforcing these laws are the Financial Conduct Authority (FCA), which brings mainly civil enforcement actions, and the Serious Fraud Office (SFO), which focuses on criminal prosecutions, and the Office of Gas and Electricity Markets (Ofgem), which regulates energy markets. 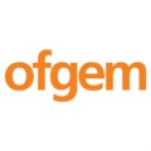 Per FSMA § 123, the FCA may impose a civil penalty on any individual found to have engaged in any of the conduct specified in MAR Article 15. The FCA can also apply to the High Court for an injunction restraining an actual or likely Article 15 violation. Because the U.K. declined to adopt a follow- on E.U. regulation specifying criminal penalties for market manipulation, MAR violations are subject to civil penalties only.160

Unlike its equivalent in U.S. law, MAR gives market participants certain affirmative defenses to market manipulation. Under Article 13, a person or entity will not be liable for market manipulation if they can establish that the “transaction, order or behaviour” at issue was “carried out for legitimate reasons, and conform[s] with an accepted market practice.”

What is the Financial Services Act 2012?

Section 89 (“Making misleading statements”) makes it “an offense for a person to make a statement or to conceal facts with the intention of inducing another person either to enter into or to refrain from entering into a relevant agreement or to exercise, or refrain from exercising, any rights conferred by a relevant instrument.” The offense is committed if a person (i) knowingly makes a false or misleading statement, (ii) is reckless as to whether his conduct may fraudulently induce another to transact, or (iii) dishonestly conceals material facts.

Section 90 (“Misleading impressions”) makes it “an offense for a person to act or engage in a course of conduct which creates a false or misleading impression as to the market in, or the price or value of, any relevant instruments.” The offense is committed if a person intends to make the impression and intends either to (i) induce another person to acquire, dispose of, subscribe for the investments, or (ii) to make a gain for himself or cause loss to another or to be aware that it is likely to have that result.

An offense under these sections carries a maximum punishment of seven years’ imprisonment and/or an unlimited fine.

The FCA has published guidance that provides additional details on the types of behaviour likely to be flagged as illegally manipulative. 161 In comparison with similar guidance published by the CFTC, the FCA’s is much more comprehensive and specific.

The FCA Handbook notes, for example, that the following conduct involves “false or misleading impressions” to other market participants:

Per the above, certain market activity that may be facially manipulative can be permissible as long as it is done for a “legitimate reason.” While the Handbook does not expressly define this term, it does list the factors that indicate conduct is not for a legitimate reason:

What’s a “False or Misleading Impression”?

As in US law, UK market manipulation regulations are concerned with market activities that are likely to misleading other traders. But since nearly all sophisticated market participants routinely engage in strategies specifically designed to conceal their trading interest (and therefore mislead others about the true extent of supply or demand), what exactly constitutes an improperly “false” impression is somewhat unclear.

In the FCA’s view, the following factors are relevant to this determination:

Under section 2 of the Fraud Act 2006, it is an offence for a person to “dishonestly” make a “false representation,” if they intend, by making the representation, to make a gain for themselves or another, or cause loss to another or expose another to a risk of loss. As set forth in Ivey v Genting Casinos (UK) (trading as Cockfords Club) [2017] UKSC 67, “dishonesty” under section 2 is determined through an objective test that assesses whether a defendant has been dishonest by the standards of an ordinary, reasonable individual with the same knowledge or belief as to the relevant facts. A “representation” is false if it is untrue or misleading and the person making it knows that it is, or might be, untrue or misleading. A “representation” may be express or implied and may be regarded as made if it is submitted in any form to any system or device designed to receive, convey or respond to communications (with or without human intervention). A section 2 offense is punishable by a maximum punishment of seven years’ imprisonment and/or an unlimited fine.

The Regulation on Wholesale Energy Market integrity and Transparency (REMIT) is an EU regulation on energy market integrity and transparency. The law came into force in December 2011 (pre-Brexit) and continues to provide a regulatory framework for identifying and penalising market abuse on UK wholesale energy markets. In the U.K., REMIT is enforced by the FCA and the Office of Gas and Electricity Markets (Ofgem).

Article 5 of REMIT prohibits engaging in, or attempting to engage in, wholesale energy markets. Article 2 of REMIT defines market manipulation as:

What is Market Spoofing in the U.K.

As in the U.S., U.K. regulators consider spoofing to be a form of market manipulation whereby a trader places visible non-bona fide orders with the intention to deceive and affect the market price without an intention to execute them. However, there is no statute in Britain that specifically prohibits spoofing by name. Instead, spoofing can be targeted under the relevant provisions of MAR, FSA, FA, or REMIT discussed above.

For cases alleging civil violations of these laws, regulators must prove that the trader’s behaviour created a false or misleading impression in the market (regardless of their intent). In a criminal case, it must be proved that the trader acted with criminal intent and that their behaviour had an actual false or misleading effect on the market. These standards are similar to those applicable to pre-Dodd Frank manipulation actions by the CFTC, and are therefore more stringent than what regulators in the U.S. must prove.

As in the U.S., clamping down on manipulation involving cryptocurrencies is a key priority of regulators in the U.K. In a 2019 statement, for example, the FCA said, “A combination of market immaturity, volatility, and a lack of credible information or oversight raises concerns about market integrity, manipulation and insider dealing within cryptoasset markets.” 162 Cryptocurrencies are seen as particularly susceptible to manipulative schemes for at least four reasons.

Despite the inherent risk of crypto manipulation, the FCA has determined that its existing rules do not apply to Bitcoin, Ethereum or similar currencies because they are not listed as a regulated activity in the Financial Services and Markets Act 2000 Order. However, derivative instruments based on cryptocurrencies do arguably fall under existing MAR regulations, but there have been no MAR regulatory actions targeting crypto in the U.K. to date. The FCA is currently working with Britain’s finance minister to create a more definitive framework for crypto regulation in the near future.

The law of England & Wales requires offenses to be tried only in the jurisdiction in which they take place, unless there is a specific provision to ground jurisdiction in the relevant statute. For offenses that may multiple jurisdictions, the common law position is that the offense must have a “substantial connection” to England or Wales in order for their courts to have jurisdiction. As such, where a substantial number of the activities constituting a crime takes place within England or Wales, courts in these countries have jurisdiction unless it can be argued, on a reasonable view, that that the conduct ought to be dealt with by the courts of another country. 164

While this rule is similar to the Morrison “conduct and effects” test used in the U.S., in practice, the extraterritorial reach of U.K. domestic law is much more limited than in the U.S. and U.K. regulators have shown far greater reluctance to target overseas defendants for market manipulation offenses.

A Primer on Market Manipulation Regulations in the U.S. and U.K." by author: Joshua L. Ray - Partner at law firm Rahman Ravelli