The OFAC investigation into Kraken

Posted in: Cryptoassets and Cryptocurrencies.

The US has made it clear that it will pursue cryptocurrency firms and exchanges for alleged sanctions violations. Its track record so far suggests that it is backing up its words with actions.

Two years ago, the US Treasury Department’s Office of Foreign Assets Control (OFAC) fined California-based digital wallet service provider BitGo more than $98,000 for 183 apparent sanctions violations. Last year, the crypto payment processor BitPay was fined more than $500,000 for 2,102 apparent violations. The same year, the largest US crypto exchange, Coinbase, disclosed in a financial filing that it had sent notices to OFAC, flagging transactions that may have violated sanctions. The agency has not taken any enforcement action.

Yet according to recent reports, another of the world’s largest cryptocurrency exchanges, Kraken, is now being investigated by OFAC. It is suspected of violating US sanctions by allowing users in Iran and elsewhere to buy and sell digital tokens. The US imposed sanctions on Iran in 1979, prohibiting the export of goods or services to people or entities in the country. Kraken now faces the possibility of becoming the largest US crypto firm to face enforcement action from OFAC.

It is possible that subsidiaries of Kraken - or companies connected to it that are located outside of the US - may be under scrutiny from OFAC, as US sanctions on Iran expressly require compliance by foreign entities that are majority-owned by US individuals or funds, and /or controlled by US persons. To give an example, Kraken’s owner Payward is a UK entity and other Kraken entities, such Crypto Facilities, are UK based.

Any designated person or entity can challenge the basis on which they are sanctioned in the US. They can file a request for removal from the OFAC Sanctions List. But entities of Kraken in the UK could potentially face investigation by the UK’s Office of Financial Sanctions Implementation (OFSI) although the UK has so far been less aggressive in sanctions enforcement than its US counterpart. It should also be said that a US investigation does not automatically lead to a UK investigation.

If an investigation were to be opened in the UK into individuals or entities believed to have a Kraken connection, they could be sanctioned under Section 23 of the Sanctions and Anti-Money Laundering Act. But this can be challenged.

Under the Act, there only has to be a reasonable ground to suspect that a person is engaged in the targeted behaviour - or associated with someone who is – for them to be placed on a sanctions list. This can make it difficult to successfully challenge such designation decisions. But it can be worth a challenge if one believes that they no longer (or never did) satisfy the criteria for designation. This will involve providing relevant, reliable evidence that can be verified and corroborated and the sending of a completed sanctions review request form to the Foreign, Commonwealth and Development Office. Once this information has been received, a decision will be made. If the challenge is successful, any changes may be publicised on the UK government website and the successful party will be notified by letter or email. If the challenge of the designation is unsuccessful, an application can be made to the courts to review the decision. The court will apply the principles that are used when an application is made for judicial review.

The investigation into Kraken is generating headlines in the US. But the nature of the company’s crypto business and its connections to other companies in other countries highlight the way that sanctions investigations relating to crypto (or any business sector) can cross borders.

< Previous The extent of litigation privilege 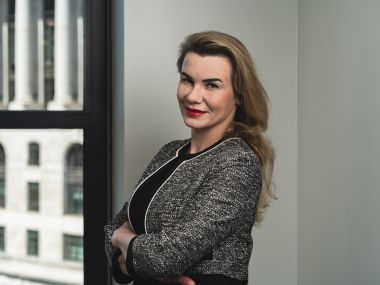 
Angelika is a specialist in international, high-level economic crime investigations and large-scale commercial disputes. She has widely-recognised expertise in representing corporates and conglomerates in Europe, the Middle East, Africa and United States.