The Human Rights Act 1998 incorporates the European Convention of Human Rights into our domestic law. The police, the CPS, Customs, and the Courts are all 'public bodies' and as such it is unlawful for them to act in a way which is incompatible with a citizen's human rights (s6 HRA 1998). Thus all our clients have human rights issues at stake:

These issues often rise to the surface in the larger cases that we handle. That has never been truer than it is now with stricter application of the Criminal Procedure Rules, amendments to the disclosure regime, wholesale changes to the law on hearsay and the use of character evidence. The Rules place heavy demands on both sides to identify all the issues early on and start working towards a trial date immediately. For this firm, with our resources and our experience in human rights and higher court litigation, this early identification of issues is not a problem. The key is pro-active defence preparation at all stages - not just a last minute rush immediately before trial.

For lawyers in this field it is a paradox that the years since the introduction of the Human Rights Act 1998 have seen Parliament passing more and more Draconian powers to the Courts, e.g. confiscation and civil recovery regimes under the Proceeds of Crime Act and the increased use of extended and life sentences.

We have risen to the challenges as they have come along and are constantly tackling new and novel areas of law and testing them against the 1998 Act.

The firm has developed a particular expertise in this area. Since the enactment of the Human Rights Act 1998 the State has had to place on a statutory footing all methods of police surveillance - this is a requirement of Article 8 of the Convention (right to privacy). The statue is called the Regulation of Investigatory Powers Act 2000. At Rahman Ravelli RIPA, the Codes of Practice under RIPA, the Police Act 1997 and other material relating to covert policing is part of our every day staple diet.

The Act itself provides for 3 different types of surveillance;

Is the Surveillance Lawful?

All such surveillance must be authorised and each type must be justified. In our view, given the demands that the Human Rights Act places on the State and its agents it is important, in almost all cases, for the Crown to demonstrate that the surveillance was lawful.

In many cases the Crown can easily meet that challenge. In others they may wish to conceal important material from the defence. We have been involved in cases where a police officer has taken on an undercover role (notably in a large-scale car-ringing allegations and a conspiracy to murder where the officer was pretending to be a 'hit-man'). In those sorts of cases the issue of entrapment may arise.

Careful disclosure of the defence case may produce enough ammunition to launch an abuse of process application. It is cases like this where disclosure and Public Interest Immunity (PII) will often be a battleground for the parties. This is one area that causes defendants a great deal of concern and it is our speciality. In the field of disclosure and PII applications our experience is unparalleled; our leading case of R v H established the law in this area in the House of Lords in 2004.

When faced with covert surveillance material there may be much in the way of observations or transcripts and telephone records which the Crown have not revealed because it does not support their case. Such material may however assist the defence case and it is now vital that a carefully prepared Defence Statement is drafted at an early stage setting out any reasons for fuller disclosure - as long as the material is not deemed sensitive or irrelevant the defence will get sight of the material. There are certain tactful and strategic actions which the Defence should take.

At Rahman Ravelli, our starting point when faced with applications for PII from the Crown is to demand why? We will often ask to make representations to the court in advance of any private hearing the Crown may be granted with the judge to discuss what to disclose to the defence. This puts all on notice that the practice and principles established in the R v H case must be followed to the letter. Where appropriate we will argue for disclosure or at least partial disclosure of the material the Crown wish to keep secret - these hearings can be vital to the defence and success may turn on the preparation of the defence case at the early stages.

The principles that underlay all our case work preparation, plus our particular expertise in this field, mean that we can assemble for our clients the best possible team to tackle the issues arising from an arrest following a covert surveillance operation.

Whilst it is ostensibly illegal to use intercept evidence in the UK (see the prohibition in RIPA), what is the position when law enforcement agencies try to use foreign intercepted material say from Holland or Spain? Read more 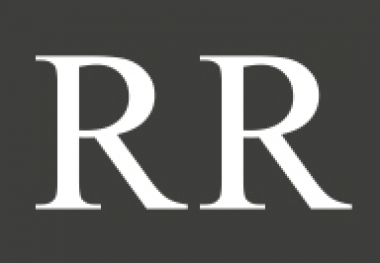 A distinguished, knowledgeable and highly proactive team
The Legal 500

Telephone Evidence
Why is 'phone evidence' so prolific in prosecutions?It is a simple recognition that the explosion in the last 10 years of the use of mobile phones has given the police a very useful investigatory and ...

Challenging Surveillance Evidence
A local authority admitted in 2012 to spying on a family regarding a fraudulent school application. Many readers will be too well aware of cases brought about by Covert Police Operations usually invol...

6 min read - Published May 2012
Police Surveillance Techniques and Your Human Rights
It is a fact of life that the British way of policing is now heavily dependent on technology and intelligence. The proliferation of CCTV cameras makes UK citizens the most watched in Europe and reader...