To be effective, a private prosecution needs to be managed by those with comprehensive knowledge of the relevant law, strategic skills and substantial experience of the court process.

Rahman Ravelli has been recognised worldwide for its ability and achievements in the fields of serious and white-collar crime. Our private prosecutions department puts all that expertise to work for those who want to seek justice for themselves.

Who can bring a private prosecution?

Private prosecutions can be brought by any individual or any company under section 6(1) Prosecution of Offences Act 1985 and proceed in the same way as any prosecution brought by the Crown. In many circumstances, a private prosecution can be swifter and more efficient than one brought by the police or one of the already-overloaded enforcement agencies. It can be the logical alternative if such agencies decide that they do not have the resources to devote to your case.

A private prosecution can be the best route to take, due to a number of reasons that we detail below. This can be the case when fraud or other wrongdoing is suspected in any professional or commercial activity, either within a workplace by a staff member or by an individual, company, financial institution or other organisation in the course of business transactions.

When it comes to business crime, Rahman Ravelli’s private prosecutions staff have accumulated awards and the highest national and international rankings in legal guides. They put their skill to work for you to advise you on whether bringing a private prosecution is the right decision. If the decision is made to bring a prosecution, they put their expertise and experience into building and executing the most robust, intelligent case for you.

We know bringing a private prosecution is a commitment. We ensure that commitment is worthwhile.

What are the benefits of bringing a private prosecution?

Every case is different. But speaking in general terms, there are a number of advantages to bringing a private prosecution.

At Rahman Ravelli, we are adept at managing all aspects of civil litigation. We can advise you on whether a private prosecution – which is criminal litigation – would be more effective than civil litigation or whether your interests would be best served by taking both routes.

The Crown Prosecution Service (CPS) can take over a private prosecution at any time, either because it has been requested to do so by the defendant or because it made its own decision to do so.

The DPP can also take over and discontinue proceedings even where the Full Code Test (see below) is met if they believe the prosecution is likely to damage the interests of justice. This could be when a private prosecution interferes with the investigation of another criminal offence, where it is malicious or vexatious or where the defendant has been promised by the CPS or police that they will not be prosecuted.

When a private prosecution is taken over and discontinued by or on behalf of the DPP, a request can be made for this to be reviewed under the CPS Victim’s Right to Review Scheme. A decision made under this scheme can also be challenged by judicial review on the grounds that it is irrational.

A private prosecution can be a valuable avenue for those seeking justice. But those bringing one must be aware of a number of issues that can be central to the success of such a prosecution.

Private prosecutors have to comply with the disclosure principles under the Criminal Procedure and Investigations Act 1996 (CPIA). This means they must record and retain all relevant material which does not form part of the prosecution evidence in the case. Material is deemed to be relevant if it could have a bearing on the case. If any of the material undermines the prosecution case or assists the defence case it has to be given to the defence to ensure proceedings are conducted fairly. Failure to do this can lead to a prosecution failing because there has been what is regarded as an abuse of the court process.

In most situations, courts in England and Wales only have jurisdiction for crimes committed within their borders. But crimes such as fraud, dishonesty offences and blackmail can be prosecuted by these courts regardless of where they were committed, provided that one element of the crime occurred in England or Wales. The murder or manslaughter of a British national can be prosecuted in England and Wales, regardless of where it happened, as can crimes of universal jurisdiction such as war crimes.

Is a private prosecution a criminal proceeding? A private prosecution, as with all criminal proceedings, begins with information about the alleged offence and the relevant legislation being put before a magistrates’ court. The court will then decide whether to issue a summons or arrest warrant. This will involve the magistrates having to consider whether the offence is out of time (beyond any time limit for prosecution), if they have jurisdiction for it and whether the person seeking to prosecute has the authority to do so.

If the allegation involves an indictable offence or one punishable with imprisonment, an arrest warrant can be issued. One can also be issued where the defendant’s address is not known, so a summons can be served on them. Police assistance can be sought to execute the arrest warrant. The burden of proof is on the prosecutor to prove that the defendant committed each element of the alleged offence – and must be proved to a jury or judge (depending on the court that eventually hears the case) beyond a reasonable doubt. An individual or company considering bringing a private prosecution may possess a lot of the material that is likely to become evidence before any decision has been taken to proceed. But if they do not have enough they may have to think about what they need – and how to obtain it – in order to start criminal proceedings.

The strength of a private prosecution depends to a great extent on the quality of the evidence available. The onus is on those bringing the prosecution to obtain that evidence.

Evidence can include witness statements from all relevant individuals and documentation, data and any other items that relate to the allegations. Witness statements that form part of the prosecution case must be served on the defendant once proceedings have been begun.

It may be the case that some material gathered for possible use as evidence may be subject to legal professional privilege. Material that is correspondence between a lawyer and their client is covered by such privilege and is bound by certain rules that have to be abided by.

In certain circumstances it may be necessary to use private investigators to obtain certain types of evidence through legal means, trace and interview potential witnesses and even carry out surveillance. Obtaining certain types of material, such as that held by banks or the police, may prove difficult – but not impossible if those seeking it are well-versed in the provisions of the Data Protection Act 1998 (DPA).

If a third party is unwilling to provide information under DPA exemptions, a Norwich Pharmacal Order39 (named after the case that established the principle) can be applied for to compel any third party innocently involved in the wrongdoing to disclose particular information or documents. Similar orders can be used where evidence is held abroad. A witness summons can be used, when criminal proceedings have commenced, to make a potential witness produce material or give evidence about information held in confidence.

Careful thought should also be given to the use of experts. The likes of forensic accountants and those specialising in particular fields of commerce can give credence to any evidence submitted and the accompanying legal arguments that are made.

All material gathered during the course of the investigation needs to be comprehensively scheduled and recorded. At Rahman Ravelli, our approach to e-discovery means we harness technology and our analytical skills to review huge volumes of material, whether it be mountains of paperwork, years of emails or vast amounts of electronic data that could prove crucial to a case. We ensure no stone is left unturned when building a client’s case.

What is The Full Code Test for Prosecution?

When considering whether to bring a private prosecution, the person intending to bring it should apply what is known as the Full Code Test. This test is contained in The Code for Crown Prosecutors and sets out the principles to be applied when deciding whether a case should be prosecuted.

The application of these criteria requires skilled and detailed analysis of the evidence. No two cases will be identical and each will require careful scrutiny in order to determine whether it meets the requirements of the Test.

It may be necessary in certain situations to conduct an asset tracing exercise to determine the availability and whereabouts of the person that is to be the subject of the private prosecution; either because those assets are what has prompted the prosecution or because they may be required when it comes to meeting any penalty imposed as a result of the prosecution.

It may be necessary to apply for a restraint order against the person being prosecuted in order to freeze their assets. This is done if there is thought to be a risk that the person may dissipate (meaning spend, squander or relocate) their assets. It can also have the effect of restricting the person’s access to living expenses and income.

Under section 40 (2) and 41 of the Proceeds of Crime Act 2002, the Crown Court can make a restraint order preventing any specified person dealing with any realisable property if a criminal investigation has been started.

If the Full Code test for prosecutions is satisfied an application for a summons will be prepared and heard in the magistrates’ court. This will be done with solicitors in conjunction with counsel. Careful consideration needs to be given to what are the most appropriate charges to bring.

In order to assist the court (and also the defence) an evidential bundle known as the Initial Details of the Prosecution Case (IDPC) will need to be prepared. This does not need to be the full prosecution file but it must contain sufficient detail to support the allegations asserted. The court will also require a case summary in the IDPC. The case summary is a distillation of the main points of the case.

When a prosecution is being brought, regard must be given to potential defence applications, such as an application to set aside the summons. These can be anticipated but whether they are actually made will depend on the defence team.

At the initial hearing in the magistrates’ court, the court will decide on the venue where the case will be heard. Depending on the seriousness and nature of the allegations the case may be heard by the magistrates’ court or crown court. If the case is listed for crown court, preparation will need to be made for a preliminary hearing and / or a plea and trial preparation hearing.

A private prosecution, when planned properly and conducted intelligently and robustly, can bring great benefits. Not to mention justice. Such a prosecution involves many legal issues and requires expertise, careful consideration and strategic thought and action.

Rahman Ravelli’s private prosecutions team has all the qualities necessary to bring justice to you. 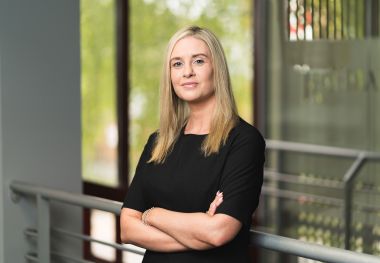 Private Prosecutions: The Issues
Niall Hearty of Rahman Ravelli details the matters that have to be considered when deciding whether to bring a private prosecution.

The Pros and Cons of Private Prosecutions
With the use of private prosecutions on the increase, Niall Hearty of Rahman Ravelli considers the advantages and disadvantages of them.