A recent decision from the US Second Circuit Court of Appeals is important as it boosts US prosecutors’ efforts to combat corruption around the world.

The case of United States v Napout will have significant implications for foreign businesses, especially those engaged in huge development projects sponsored by multilateral development banks (MDBs), whose financing comes from the US.

The decision in the case enables US prosecutors to pursue MDB-related bribery even when the purported wrongdoer is not subject to the US Foreign Corrupt Practices Act (FCPA). The FCPA applies only to bribes paid abroad by US companies, agents and those with a connection to the US – but this latest case shows that US anti-corruption efforts can go beyond the limits of the FCPA.

In the case of Napout, two former South American FIFA executives appealed against their US convictions relating to bribery relating to the sale of marketing and broadcasting rights. They were each convicted of, among other things, multiple counts of conspiracy to commit honest services wire fraud (fraud involving the use of telecommunications).

They argued that the US had no authority to police either relationships between South American employees and employers or an alleged scheme involving South Americans that took place almost entirely on that continent. But the Second Circuit Court disagreed. The court said that US law could be applied because the two men’s wire fraud had involved use of US telecommunications to transfer their bribery money in and out of US banks.

The decision in this case confirms that all US prosecutors need to show in order to have jurisdiction is that US telecommunications – the wire – were an essential part of an illegal scheme.  This could be hugely significant for MDB projects, which involve huge sums being used to finance development projects around the world that involve many contractors, sub-contractors, suppliers and consultants.

As several of the main MDBs are based in the US - including the World Bank and Inter-American Development Bank - a fraud or corruption scheme involving MDB money could easily involve use of a US wire transmission. This would make it possible for the US to prosecute those responsible, even if bribery is legal (or at least widely accepted) in the country where the MDB project takes place.

This article originally featured on Mondaq, it can be read here. 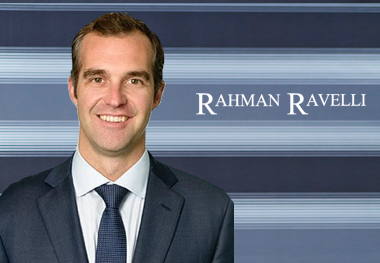