With the UK’s Financial Conduct Authority reported to be investigating 14 firms and six individuals over possible involvement in the Cum-Ex tax scandal, Rahman Ravelli’s Aziz Rahman outlined the Europe-wide situation for Bloomberg.

The FCA is said to be building cases against firms that operated dividend stripping schemes in Denmark, Germany, France and Italy. This development comes eight months after the agency said that decisions were imminent regarding whether it would to pursue Cum-Ex cases.

Aziz told Bloomberg that news of the FCA’s Cum-Ex activities comes as the authorities in Denmark are intensifying their investigations. Until now, Denmark has not been as swift as Germany in seeking arrests over Cum-Ex.

But while Denmark is now speeding up its probes into Cum-Ex, Germany is also acting with increasing urgency. This is because the German 10-year statute of limitations means the authorities there are running out of time to bring prosecutions.

Next > Reporting of sanctions breaches is at an all-time high in the UK. Syedur Rahman of business crime specialists Rahman Ravelli is encouraged by the figures.
Next > 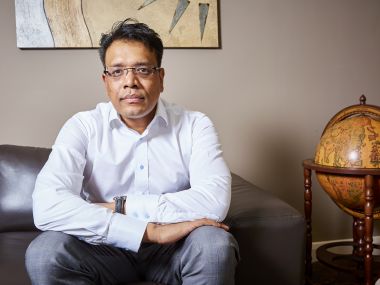